The History of Hapkido 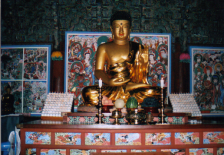 The history of martial arts in Korea is based more on speculation and legend than fact.  It is generally agreed however, that the foundation for striking and kicking arts came from China through trade and commerce, although there is no historical fact to prove this.

The birth of the Korean fighting arts can be placed during the period of the Three Kingdoms, over 1,300 years ago.  Korea was divided into three sections, Silla, Koguryu and Paekche.  The smallest of these kingdoms, Silla, was constantly under threat from not only the other two kingdoms, but also the Japanese.  Consequently, Silla developed a very strong army.

Under the leadership of King Chin Heung, Silla's military might soon became superior to both Paekche and Koguryu.  During this period, King Chin Heung organized an elite fighting corps known as the Hwarang-do (Way of Flowering Youth).

A Korean monk known as Won Kwang Bopsa, was instructed to give the Hwarang-do the finest training not only in the fighting arts but also in scholarly pursuits.  Won Kwang Bopsa originated the five tenets that still form the basis of most Korean martial arts:

Because of this philosophy and their superior fighting ability, the Hwarang-do were never defeated in battle and their deeds became legendary.

In 935AD the kingdom of Silla was defeated and the Koryo Dynasty was founded.  During this period the martial arts flourished and were known by many different names, the most popular being Tae Kyun and Soo Bahk.  Nearly all Korean martial arts practised today can trace their roots back to the Hwarang-do. 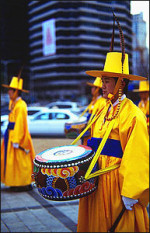 However, there is even earlier evidence of the existence of martial arts in Korea - in 1935 a group of Japanese archaeologists discovered two royal tombs that dated back to the kingdom of Koguryu (37BC - 688AD).  These were the Muyong Chang and Kakchu Chong and on the ceiling were paintings depicting warriors in martial arts postures very similar to the ones used in todays Hapkido and Taekwondo etc.  Also at Sokgeuram Temple, which dates back to 751AD, there is a statue of a famous warrior in a martial arts stance.

The Chinese martial arts may have had an influence on Korean fighting systems because during the Three Kingdoms period, the religions of China began to penetrate southward.  Under the reign of King Pophung of Silla, Buddhism became the sanctioned state religion of the kingdom.  This resulted in Korean monks travelling to China to study in the monasteries.  It may be fair to assume that the Chinese supplied a basis for martial arts that the Koreans adapted to their physique and culture.

his resulted in the Korean martial arts being practised in secret.  Consequently, many Koreans travelled to neighbouring Japan and China to compare their fighting systems to those of the other two countries.

One young Korean, Yong Sul Choi, was taken to work in camps in Japan.  However he was fortunate enough to be placed with a family in the mountains of Japan.  His foster father was Sogaku Takeda, a master of the Daito Ryu Aiki Jutsu system.  Yong sul Choi studied this system for many years until his foster father's death.  In 1945 Korea was liberated from Japanese rule and many Koreans returned home, Choi included, bringing new and improved martial arts systems with them.

Yong Sul Choi combined his studies in Japan with his native Korean arts to produce Hapkido.  Choi originally taught his art under the name of Yawara which was not popular with Koreans as it was a Japanese name.  The name was changed to Yu Sool and later Yu Kwon Sul.  According to Dr. He Young Kimm's book "HAPKIDO", the name Hapkido was first used by one of Choi's original students, Ji Han Jae.  Ji Han Jae was appointed head of the Yu Kwon Sul in Seoul in 1957; at that time he was 3rd Dan in the system.  Ji thought that "Hapki Yu Kwon Sul" was too long a name.  He liked using the word "Do" rather than "Sul" because "Do" means  way of life and "Sul" means techniques.  He had heard of other martial arts that used "Do" in their names, like Tang Soo Do, Kong Soo Do  Soo Bahk Do etc.  He then decided to change the name from "Hapki Yu Kwon Sul" to "Hapkido".

It was in 1955 that the Korean government and many prominent martial arts instructors, most significantly General Choi Hong Hi, tried to unite all Korean fighting arts under one banner.  The name chosen for this art was Taekwondo.  However, a few schools remained outside the new organization; these included Tang Soo Do and Hapkido.  Hapkido chose to remain independant because the techniques of the art were so different to those of the other schools.

As with most modern martial arts, Hapkido has changed somewhat since its inception.  Some schools have introduced patterns or forms into their syllabus; others allow students to enter tournaments or competitions.  Both these aspects were not present in Choi's original system as he devised it primarily as a form of combat without any sporting connections.  In fact, to enter a competition, the techniques of Hapkido would have to be severely diluted as many of the crippling strikes, kicks, locks and throws would not be allowed.

Which is better?  No one system is better than another as all have something to offer the individual.  All genuine Hapkido schools can tailor their techniques to suit an individuals way of thinking and his physical structure.

Hapkido has been practised in the UK since 1971; however, it is not an art with a great number of practitioners or schools.  This may be due to the arts complexity and the very high standard a student must reach before becoming an instructor.

The European Hapkido Alliance, with the help of Senior Korean Grandmasters, aims to further the development of Hapkido throughout Europe. 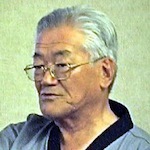 Ji Han Jae who was instrumental in developing Hapkido as we know it today.